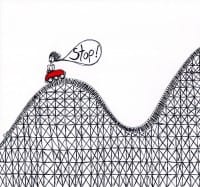 Writing a draft is an exhilarating experience, a little like riding a huge roller coaster only in slow- motion as, clearly, it takes rather longer to write 100,000 words than to plunge over the edge on ‘Oblivion’ or its ilk! Nonetheless, there’s the same pit-of-the -stomach anticipation beforehand, the same ‘what if it goes wrong’ feeling, because I’ll admit now that every single time I pick up my pen to write my next chapter I fear that I might have forgotten how to do it!
I’m currently writing the draft of The Conqueror’s Queen, the third book in my trilogy, about Matilda of Flanders, wife of William the Conqueror. I hesitated to start, genuinely terrified that I’d get block or lose the plot or just write really dull characters. And maybe I have! I threw myself impetuously in at the deep end one sunny morning back in August and am nearly at the end now so am in a black-hole rush of getting words on the page, caught up in the drama of the ending (which is at the Battle of Hastings, so pretty damned dramatic) and not quite daring to look back and see if the rest is any good. 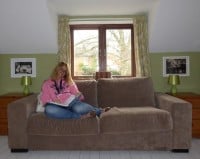 I’ve been trying to write a chapter a day, so every morning once the kids are off at school I sit down on the sofa in my lovely office, take a deep breath and pick up my pen (yes, pen – I cannot write straight to screen. I’ve tried but it just doesn’t flow the same for me) and wait to see what happens. At this stage, that’s exactly how it feels, especially when I start writing dialogue. I’m never 100% sure what my characters are going to say and sometimes they surprise the hell out of me!
I’m a planner. Indeed, in another lifetime I worked for several years as a factory planner, establishing the day to day minutiae of which machine made what, and I loved it. At home I’m very much a list writer and filler-in of calendars and when it comes to my book I’m the same. To some extent with historical fiction it’s a must as you can’t just let events take their own course or you wouldn’t be being true to the facts that form the necessary skeleton of your story, but even within those requirements I like to plan.
After the initial research, I create a huge timeline and then work out which moments I’m going to choose for the scenes that will bring my story to life. Those, more or less, are my chapters, so when I sit down to write I know where my characters will be and what’s got to happen, but how it happens isn’t nearly so set in stone and why the characters are making it happens is even less so. Is someone, for example, deciding to declare war out of anger, revenge, justice or a desire to prove themselves? And if the latter, to whom – a woman, a father, a nation? All these motivations are the lifeblood of historical fiction and to a large extent I find that they emerge as I’m writing and that’s a wonderful feeling. 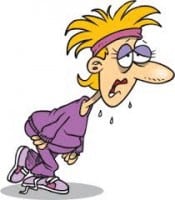 Despite being a planner, however, I’m very much of a ‘pour it all out’ writer for my first draft. I don’t stop or try to perfect sentences or paragraphs or even chapters. I scatter the Ms with bracketed notes – (add in earlier), (more detail), (verify this) – and also include a lot of Xs for names yet to be decided, ages to establish, and details to add in with more research. Once I’m going, it feels really important to carry on. It’s a bit like running a nasty 5k race (something I have only done one or two times so to be fair I can’t claim to be an expert) and knowing that if you stop you may well seize up and never start again! The roller coaster is running and even though the story is my creation I sometimes feel that I’m just holding onto the pen and hoping not to fall out before I reach the end.

That said, now that I’m nearly at that end I feel almost sad. I love editing but it’s a far more painstaking, logical process without the giddy rush of spilling words onto paper. It’s also where the buck stops. A draft is allowed to be sloppy and flawed, with gaps and terribly crafted sentences, with cheesy bits and over-flowery descriptions and all your worst writing habits hanging gloriously loose! And that’s fun. Editing, if you ask me, is where the hard work really begins and generally I find that I spend at least twice as long, perhaps more, on that side of the novel-creation than on the original draft. As I make it to the end of this first draft, however, I approach the fantastic, heady fact that now the novel exists and that’s a powerful feeling. The Conqueror’s Queen is in the world (picture from model for the cover) and can, hopefully, only be improved upon. Bring on the red pen…